The "Tapâm"-guru, Daniel Göz, is back with a new movie. Only this time Tarpon has been replaced with Salmon and it takes place in the majestic Gaula river, Norway.
Just by watching the trailer you will understand how professional these guys are.
Again, like "Tapâm", the footage, both underwater and aerial, is absolutely incredible and a pleasure to watch.


This is what Daniel said when i asked him about this new project:


"Gaula - River of Silver & Gold is a German production that was shot on the
waters of the NFC, River Gaula, summer/autumn 2011. We have just completed
the production a few days ago. The post-production is in full swing now.
We expect to release the film as DVD and true full HD blu-ray in May 2012.
The film will be available through our online webshop and through retail,
then."

So, what makes this film so special, Daniel?


"I am at this early post-production phase confident to say, that "Gaula"
will set new standards in flyfishing films. The film will have underwater
and aerial footage that rivals BBC and NG in quality, plus the flyfishing
of course."

Thank you, Daniel, for taking the time to inform us about your new project and we are really looking forward to the release. 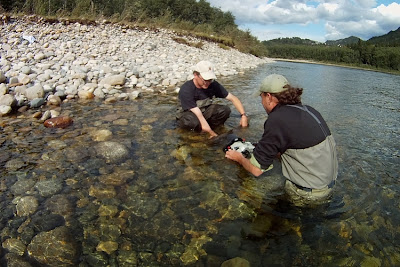 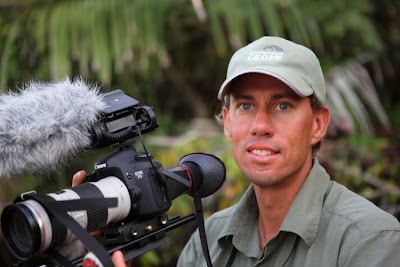 This movie takes place in a quite unique environment, Christmas Island, Kiritimati. This deserted island is located northeast of Australia in the Pacific. We follow Chris Cook on his fishing journey for Bonefish, Giant Trevally, Yellowfin Tuna and shark.
The quality of the footage is absolutly breathtaking, especially in bluray quality. You feel that you`re standing right next to Chris on the flats while he is fighting those extreme fish. Here are some beautiful pictures from the movie that Chris personally sent to Trond. 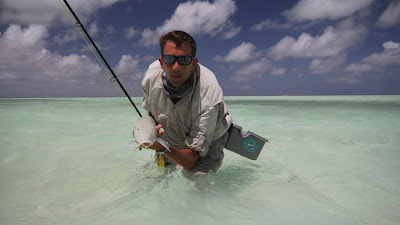 One heck of a Bonefish 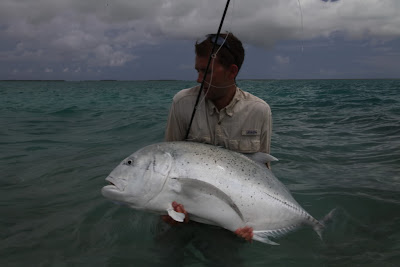 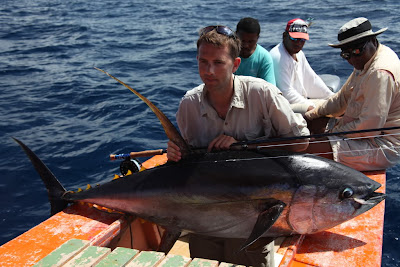 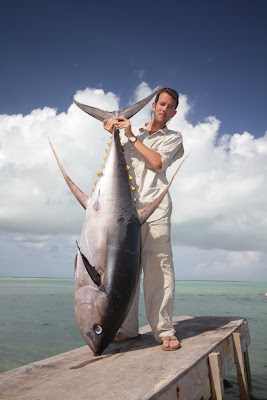 World record Yellowfin Tuna
This is definitely a "must have" dvd and i`m sure it will destroy lots of fishermen`s sleep...
We are happy to know that Chris got more films coming which sølvblank.no proudly will present here.
Thank you, Chris!
http://www.castingatshadows.com/